[Blog] What Is Social Alchemy? & Why It Is Important For Social Media Professionals

Social alchemy is transforming something bad into something good. People who facilitate social alchemy are referred to as alchemists. Aurora, Ontario Post Traumatic Stress advocate Kate Gille has become an alchemist, and she may not even know it! The goal of this blog post is to educate others to engage in the concept of social alchemy, especially on social media where so much negativity can happen. Let’s take it to a positive in person dialogue. “Together we are stronger”.

The concept of social alchemy first came to my attention in 2009 during a presentation at Humber College Lakeshore Campus in Professor Arthur Lockhart’s Criminal Justice Studies class that I was doing with graffiti artist Jessey Pacho. It was pointed out by Professor Lockhart that both Jessey and I were practicing alchemists and we didn’t even know it! Since that time, the concept of social alchemy is something I have tried to incorporate consciously into my daily work life managing Toronto Police Service social media accounts.

As the Toronto Police Service Social Media Officer, my daily job involves a lot of negative social media posts. Sometimes there is an opportunity to engage in a dialogue and have a respectful conversation that leads to good things happening. Don’t get me wrong, many negative situations have little hope for positivity, but with a little effort and some dialogue online, often positive relationships form that further our shared goals of community success and safety.

My favourite example of social alchemy was meeting the late Amber O’Hara, who started out posting on Toronto Crime Stoppers facebook page that the “cops suck” and nobody was getting back to her information being sent in to help solve her cousin Carolyn Connelly’s murder. Not only was Amber compromising her anonymity on a Crime Stoppers social media site, she was breaching the terms of use of the facebook page with very inappropriate language. Her post was removed, and I reached out to Amber explaining how Crime Stoppers works and introducing her to then Toronto Police Homicide Squad Detectives Michael Barsky and Peter Code who were leading the investigation. Turned out Amber didn’t care about anonymity, and positive relations resulted between Amber, the Toronto Police and Crime Stoppers until she died. At her funeral, Amber had arranged for cards to be distributed to attendees urging anyone with information on Carolyn’s murder to contact Officers Mike Barsky or Peter Code.

Watch the results of “social alchemy” (cop engaging on social media with a critic) with Missing And Murdered Aboriginal Women advocate Amber O’Hara talking with the late Past President of Crime Stoppers International Gary Murphy here:

The most recent example of social alchemy in social media that turned into a real life meeting for the good occurred Friday August 21, 2015 when citizen Kate Gille retired York Regional Police Staff Sergeant Brad McKay and I met in person at Toronto Police Headquarters after a lengthy online discussion on twitter about “Post Traumatic Stress”… NOT “Post Traumatic Stress Disorder” as I learned from our conversation.

Instead of discussing back and forth on twitter and going nowhere fast with the conversation we ended up meeting, connecting with other members of my team, a friend of Kate’s … and Kate was generous enough to paint me a painting that symbolizes for her how Post Traumatic Stress issues are currently dealt with by police services, and where she feels she can contribute to help make the situation better for all involved. We were able to share some of our motivation for our shared passion to advocate to help people experiencing mental health issues, and no doubt we will be in touch to collaborate in the future.

So.. why am I writing this blog post you may ask! … Well, Kate told me that a number of my tweets were being silently listened to by many people she was in contact with who are experiencing mental health issues, and my ‘dialogue’ with people on twitter that generally would not be challenged due to their ranks being at the Chief level and my rank being a Constable level were particularly impactful on police officers she knows who are afraid to come forward to get help for mental health issues they are experiencing. To hear this truly made me feel good!

During a conversation between my supervisor, Meaghan Gray, and Kate during her visit, I heard from Kate that my engagement on social media had made a difference for her, and many others. I am particularly grateful to have the freedom of speech from my supervisors to engage in social media in the spirit of social alchemy. I hear of situations daily of people in all types of organizations not being able to speak openly and professionally about things that matter to them. I truly believe this attitude of control needs to change, and a decentralized social media strategy with purpose and process with the goals of success and safety needs to be implemented for all organizations.

Thanks for reading my ‘rant’. More importantly, thanks to Kate for caring, reaching out and for making a difference. I sincerely hope that we can bring other key people together as a result of this initial meeting, because “Together We Are Stronger”. 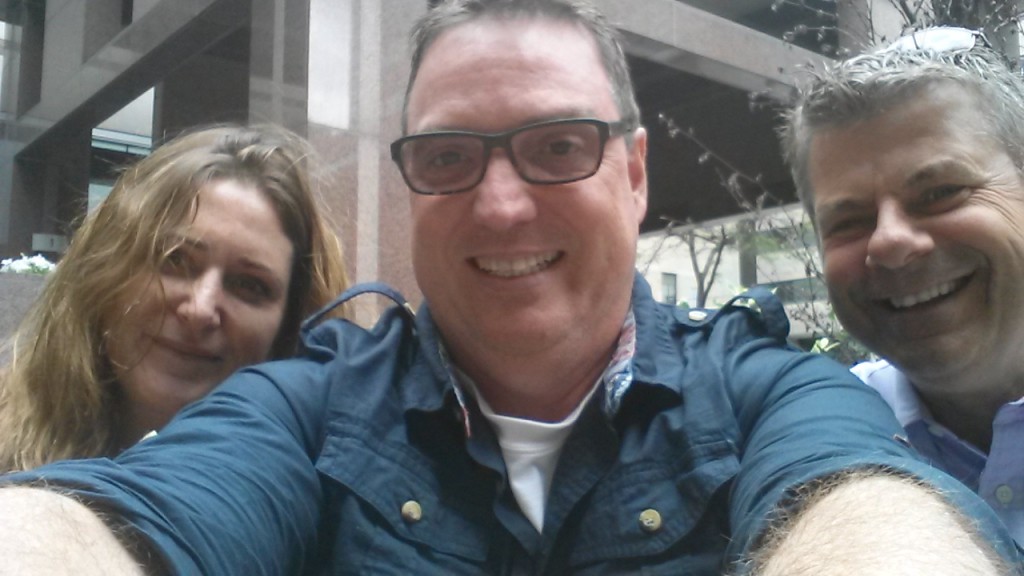