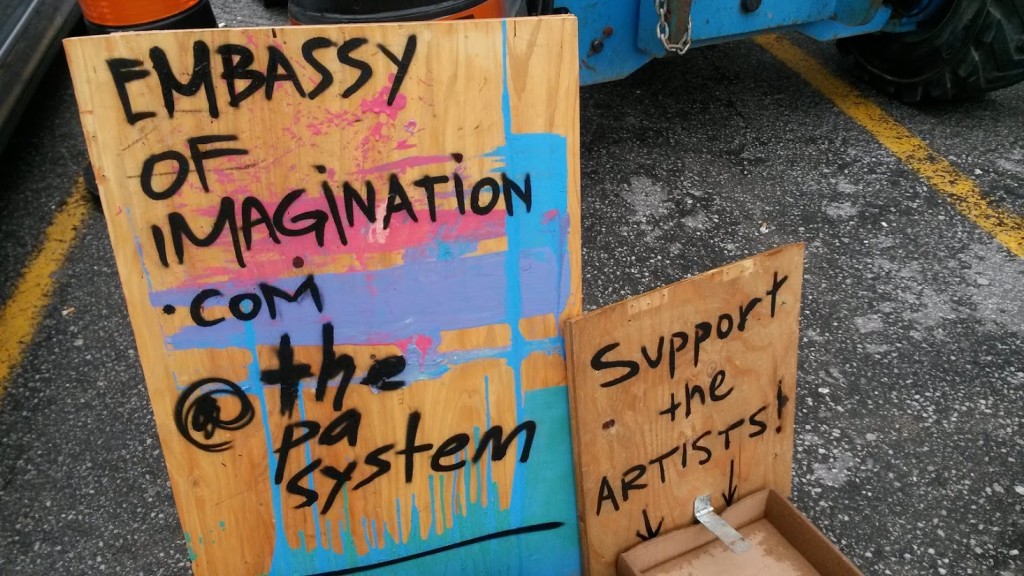 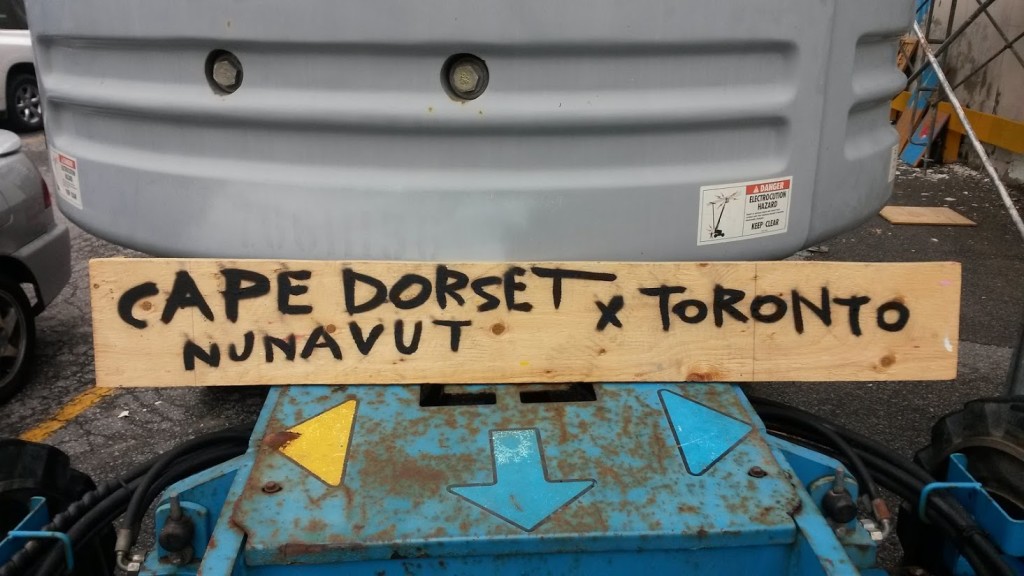 Teen Artists from Cape Dorset Nunavut have teamed up with Toronto Graffiti Artists for a great mural at 76 Church St, Toronto. Follow the progress online at EmbassyOfImagination.com

Periscope is all the rage in video in 2015. We decided to do some tests on an official Toronto Police Periscope account in the Toronto Police Service Corporate Communications office on Tuesday July 7, 2015 during an orientation to social media training session with our Youth In Policing Initiative student.

Our first test was with social media specialist Rob Cairns as he visited our office briefly. He was talking to us about Instagram photos now being high definition, so we tried a periscope video.. and it worked! We had 24 live viewers and within 2 minutes 54 people had checked out the archived video!

Concerns were that we would not be AODA compliant, as the standards for video for close captioning state that captions must be added as soon as not live.

We tweeted with Twitter Canada and started the conversation. Always learning in social media!

@sladurantaye Playing around with @periscopeco & getting a LOT of views fast. Is there way to do captions to make the videos AODA compliant?

There was a new mural being done at 76 Church Street in Toronto. My supervisor is Constable Scott Mills and his twitter handle is “Graffiti BMX Cop”. He told me that he had learned a lot about social media doing youth engagement projects through graffiti art. We decided to go down to where the mural was at and try to interview some of the artists.

It started to rain! We got there and the artists had left for the day due to the weather.

Step in periscope! We tried a video and for the first time a periscope video was tweeted directly live on the Toronto Police twitter account! Officers Wendy Drummond, Chris Boddy and Craig Brister have been experimenting with periscope previously. We are definitely in the learning phase and the only way to learn is to try it! 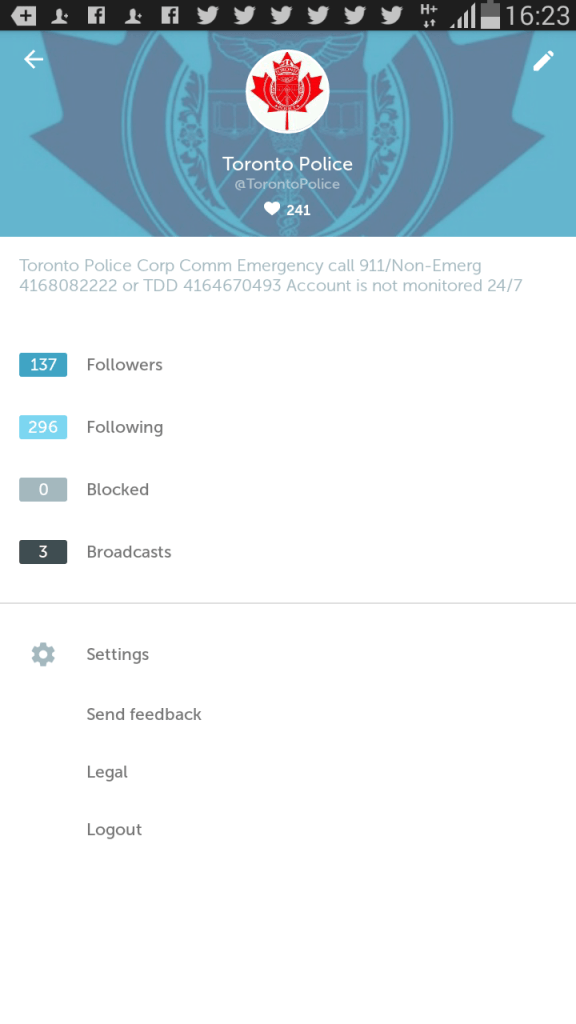 Our video cut out after 7 seconds on Periscope, but we had set the Periscope app setting to record the video we did onto the phone we were using – A Samsung Galaxy Mega.

We tweeted the video and tagged one of the mural facilitators, Lisa Martin of Well And Good, who Officer Mills had had contact with previously. See tweet below.

Take aways from our test on Periscope:

1. A lot of viewers watch fast (Thanks to Aaron Adel for the tips and tricks!)
2. There seems to be a glitch in the video stopping without you knowing it. (This also happened during a Pan Am Games test by Officer Craig Brister)

3. You can choose to download a copy of the video onto your device if you choose that option in settings. 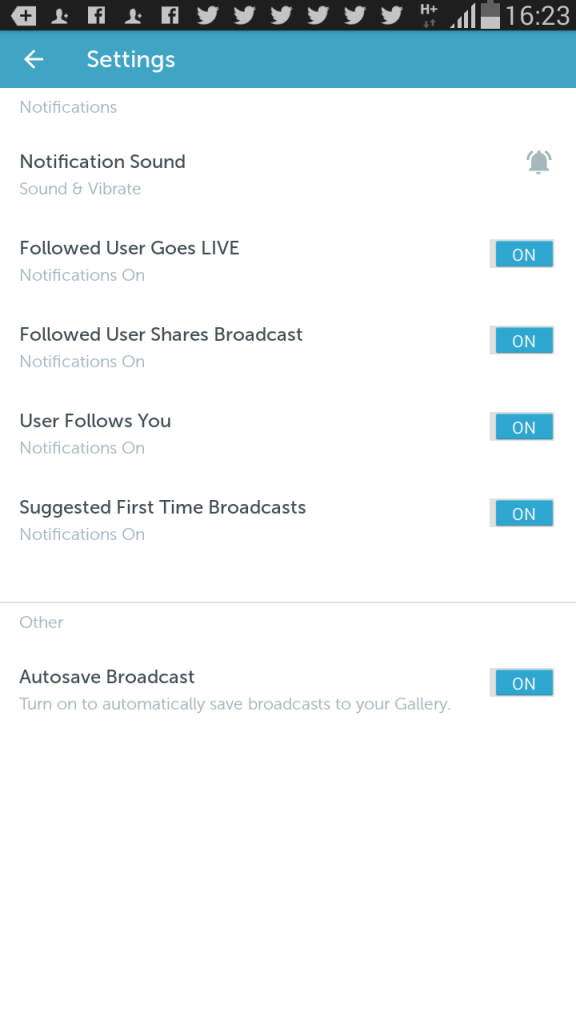 There is a setting that is ‘off’ on Periscope that allows you to archive a copy of the video you are taking on your device. Recommended to have this ‘on’ in the event there is an Internet connectivity or other technical glitch

4. You can just use Periscope and not tweet it and it stays on Periscope for 24hrs (like we did with Rob’s video). If you don’t like the video you can immediately delete it.

Take aways of the mural”

1. Mural is AWESOME. Follow the progress and support the artists at EmbassyOfImagination.com

2. We talked to two local citizens who really admired the art and loved the fact that it was being done in the neighbourhood
3. We are definitely going to follow this project! To learn more about the history of the mural watch: