Attention fellow police officers worldwide! If we are not using social media for the good, social media will find us with the bad!

…. and… it is ok to walk down the street as a police officer with your same sex partner! Thanks for the pics Sara Faruqui #LoveWins 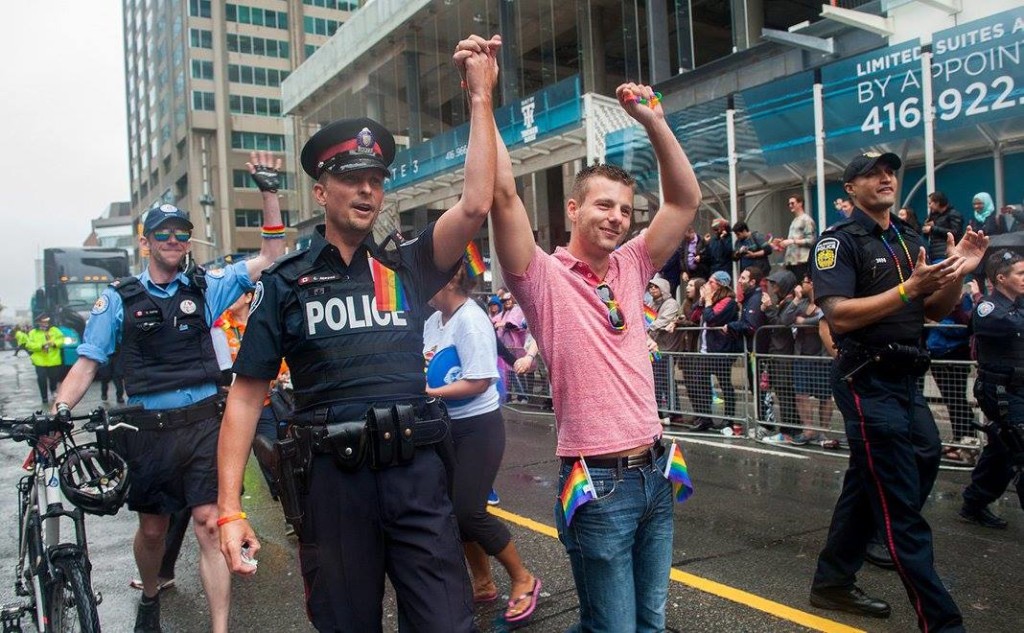 Constable Christopher Atwood and his partner Joseph Barrett walk together in the Toronto Pride Parade June 28, 2015

Chief Mark Saunders was excited to march in his first pride parade as Chief of Police. #pride2015 #PrideTO #pridetoronto ^SF

We had over a million people join us at #PrideTO today at the parade. Happy Pride everyone. 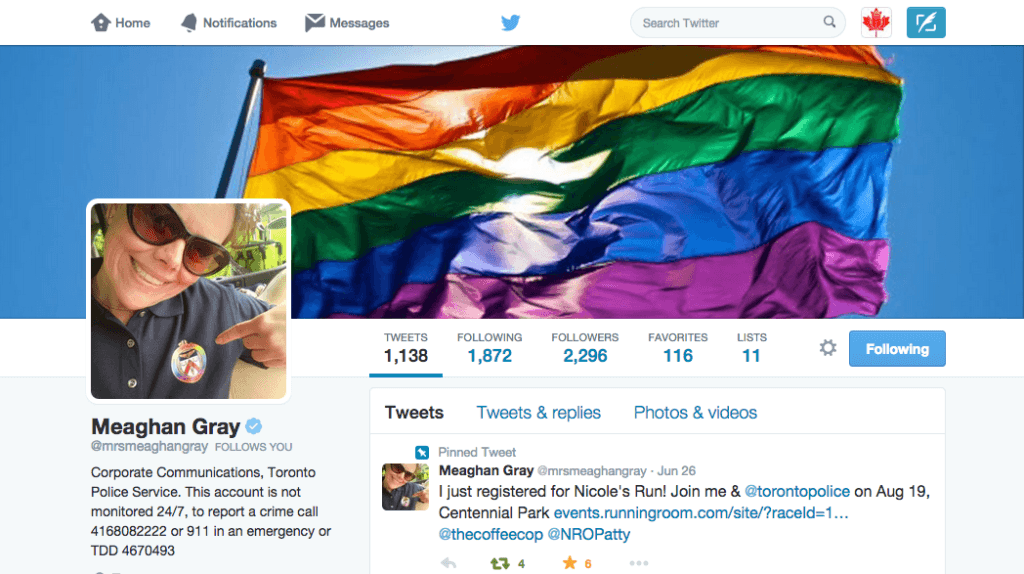 There was an entire team approach to ensuring the success and safety of the Pride Festivities both on and off social media. What was really exciting for me in my role was to watch the amazing social media being done by our Toronto Police fully social media trained colleagues Officers Danielle Bottineau (Twitter @LGBTCop) and Henry Dyck of the LGBTQ Internal Support Network (Twitter @TDotGayCops)

Many other officers were involved and contributed to the success including Wendy Drummond, Shawna Coxon Randy Arsenault and Julie Rowe to name a few

Pride in Toronto is arguably the largest single annual event, although many will say that “Caribana” (now formally known as the Scotiabank Caribbean Festival) is largest.

It was interesting to learn from Supt Ferguson that this was his 35th Pride Parade that he worked as a police officer since the parade started in 1981. This means that in one way or another he has worked every single Toronto Pride Parade. He quietly admitted that relations were not always this great between Toronto Police and the gay community. Supt Ferguson beamed with Pride throughout the day knowing that he was commanding a cohesive team. His final orders to his officers before being deployed were “Have Fun”

By the end of the day, Supt Ferguson asked if we had any analytics to show the reach in social media.

For $20 on TweetReach a report indicated that 948,070 twitter accounts had been reached with 10,216,236 impressions! (Note: Twitter Canada say that third party analytics programs like this identify the potential reach and not the actual reach like twitter analytics do.) See ads.twitter.com for more info

It was a proud moment to demonstrate that we were doing very well in social media, contrary to what was being reported in Turkey. Watch video of police in Turkey dispersing Pride Parade crowd June 28, 2015 with water canons and rubber bullets

Click here to read what happens in social media for police acting heavy handed in Turkey at ‘unauthorized’ Pride Parade.

In conclusion, whether you agree with the accuracy of the ‘TweetReach’ analytics results or not, it is clear that the community of Toronto on the streets at Pride and in social media have huge Klout for social media good!… The police in Turkey.. well..will leave that up to you to decide! 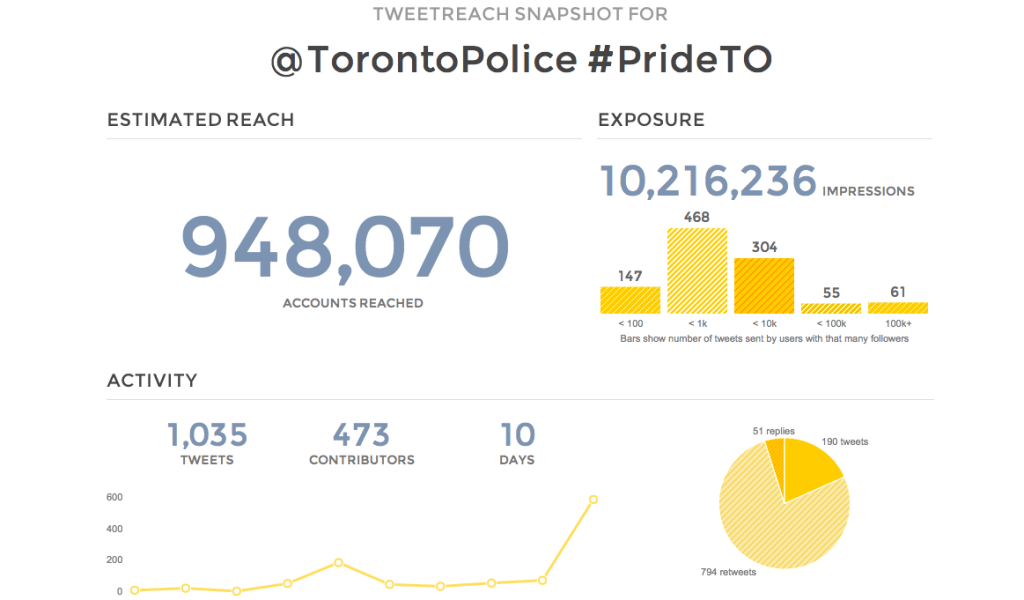