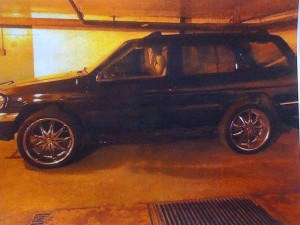 A photo of a vehicle of interest, a 1998 Nissan Pathfinder, black with very distinctive wheels was also released.

Tweets were made about this appeal here: