Claus Redder Madsen, Union Secretary of The Police Union in Denmark and The Nordic Police Union had a key message of safety and best practices for police officers in Quebec City, Quebec Canada Friday September 7, 2012.

He spoke about a mass shooting on a island north of Oslo Norway and police response as well as a bombing incident.

Watch an archived Google #hangoutsonair video of his presentation by clicking here:

Watch an archived version of how to intall a Leave a Tip Tab for Facebook Pages with Crime Stoppers USA Chairman Scott Abrams, and Scott Mills of Crime Stoppers International that was recorded during the presentation. 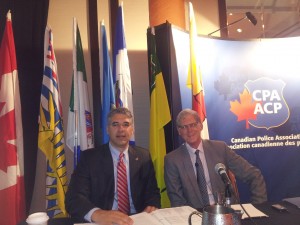 For more information on how to use social media for community success and safety please e-mail Scott Mills SocialMedia@CSIWorld.org