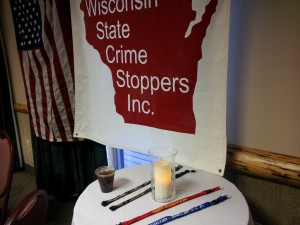 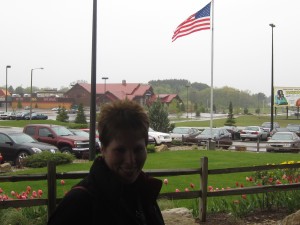 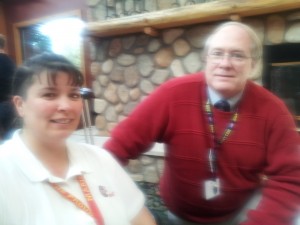 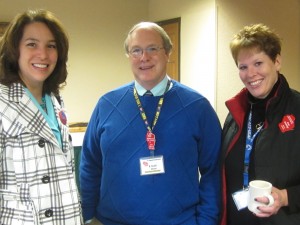 Crime Stoppers USA are on the map for using social media for community success and safety after great conference April 27, 2012 in Wisconsin.

It was an honour today to be able to present about social media for success and safety at the Wisconsin Crime Stoppers Conference in Wisconsin Dells, Wisconsin at Great Wolf Lodge. Some amazing positive outcomes happened for social media for success and safety worldwide to help stop, solve and PREVENT crime together. Themes of “think global” and “act local” were discussed at length with the audience by a number of presenters including Judge Richard Carter and Dave Perlman, Assistant Attorney General Training And Standards Bureau Wisconsin Department of Justice.

A Google Hangout was part of my presentation thanks to the collaborative work of community volunteers Mike Downes in United Kingdom, Jeff Brown in Truro, Nova Scotia, Rob Cairns in Toronto, Canada, and cops Paddy LeGrand and Henk Twit from The Netherlands.

We are posting this blog to put all the videos that were streamed today, along with all of the presentations that are available into one link to share with others for the purpose of learning how the Internet and the real time web applies to changing saving lives locally and globally. We hope you enjoy our post and our videos.

If you want to share or repost this information, feel free to do so. We would be honoured.

Screen Capture of Mike Downes in United Kingdon and Robert Redi in Vienna, Austria on a Google Plus Hangout Preparing Social Media For Success And Safety Talk With Scott Mills taken in hotel room at Great Wolf Lodge in Lake Delton, Wisconsin April 26, 2012 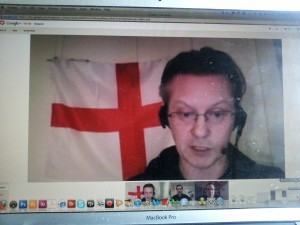 The following link is not able to be embedded in this story, presumable due to the system of live streaming a Google Plus Hangout to Youtube is still in the beta testing phase. Click on the link here to view the presentation of Scott Mills on Social Media For Success And Safety that was live streamed by Mike Downes in United Kingdom. This was inspired by tweets that Scott saw from Mike Downes like: I have a LIVE YouTube Channel powered by g+ #hangoutsonair .. it should be used for good.. get in touch” The presentation slides for the social media for success and safety talk are embedded below. Thanks everyone for all your service. This conference truly was in keeping with its theme “Making A Difference ~ Generating Success”